Our first morning after the night before of sleeping on the yacht was beautiful. Waking up in such an ideal location and setting was amazing, and even sleeping on the boat despite reservations of feeling sick was really pleasant, the boat almost lulled us to sleep as it rocked gently in the bay.

After a morning dip and breakfast we left the island of Kea and headed towards Ermionie, our longest day of sailing during our time onboard. I had the first shift of being pilot at the helm, navigating with the previous days experience was easier to manage. However after a few hours, and letting someone take over, sea sickness began to set in, and the next couple of hours was spent trying to sleep it off. Unfortunately I cannot describe what followed in the next few hours as I was dead to the world thanks to some sea sickness tablets. I do know I was followed after a while by Dave who was also feeling a bit worse for wear, due to sea sickness or due to the heat I do not know, but we both continued to sleep until we reached Ermionie. Definitely not the best way to spend one of our days on the boat but apparently it does take a while to acclimatise to the boat and hot weather combined. Upon waking we both felt much better and helped with anchorage before jumping in to the inviting water. 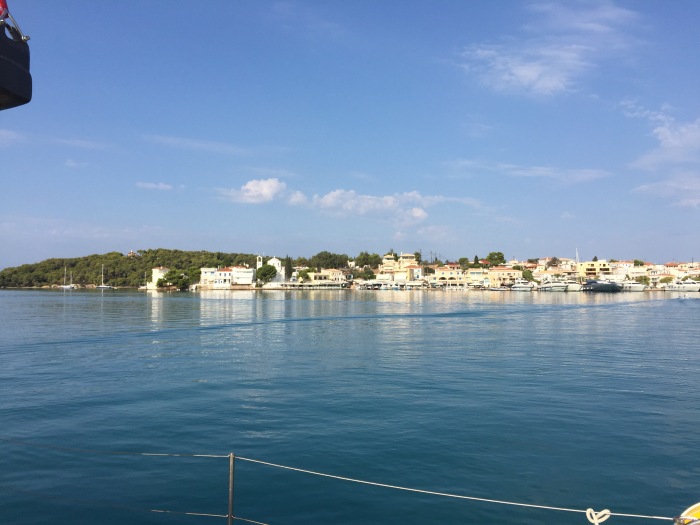 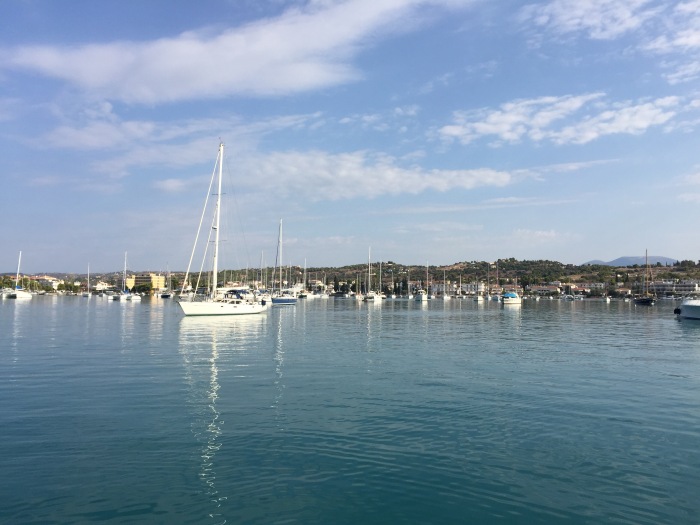 Resting and talking with Len and Cathleen it was soon time for dinner where we quickly changed and Len ferried us to land by dingy. Dinner this time was pork chop and salad for Dave and moussaka for me, absolute delicious but the portion size was massive!!!! We went for a walk around the island to burn some of the calories off but later countered this with irresistible ice cream and baklava dessert. Walking a little more we carried on to the harbour opening to be picked up by Len who then took us back to the boat where we then went for an early night. 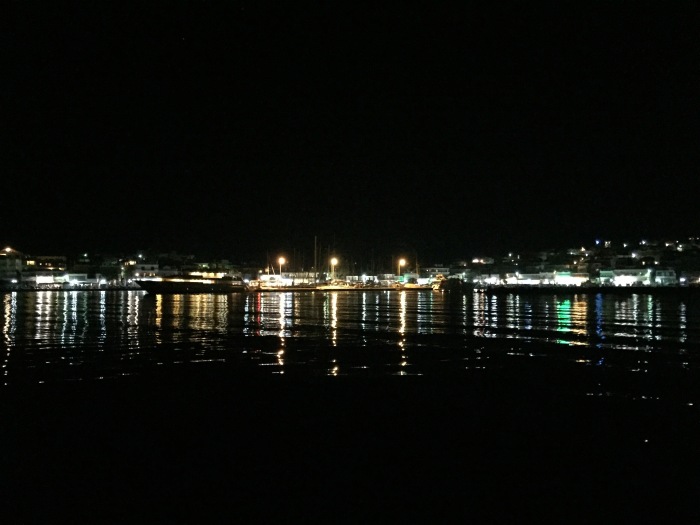 Waking up the next morning we both felt so much better, and after a really fresh breakfast we went for a swim straight away! Such a nice feeling to dive into the sea at any moment! After drying off we made our way to land again to look at the market which had been setting up earlier, it was bustling with people and vibrant with colour! A really quaint market with fresh fish, fruit, and clothes for as cheap as you could want…Cathleen stocked up on fruit for breakfast and some delicious cookies and biscuits for our afternoon snacks! We carried on meandering through the streets of the peninsula to the other side, where there was another gorgeous bay, and a beautiful smelling forest of pine. 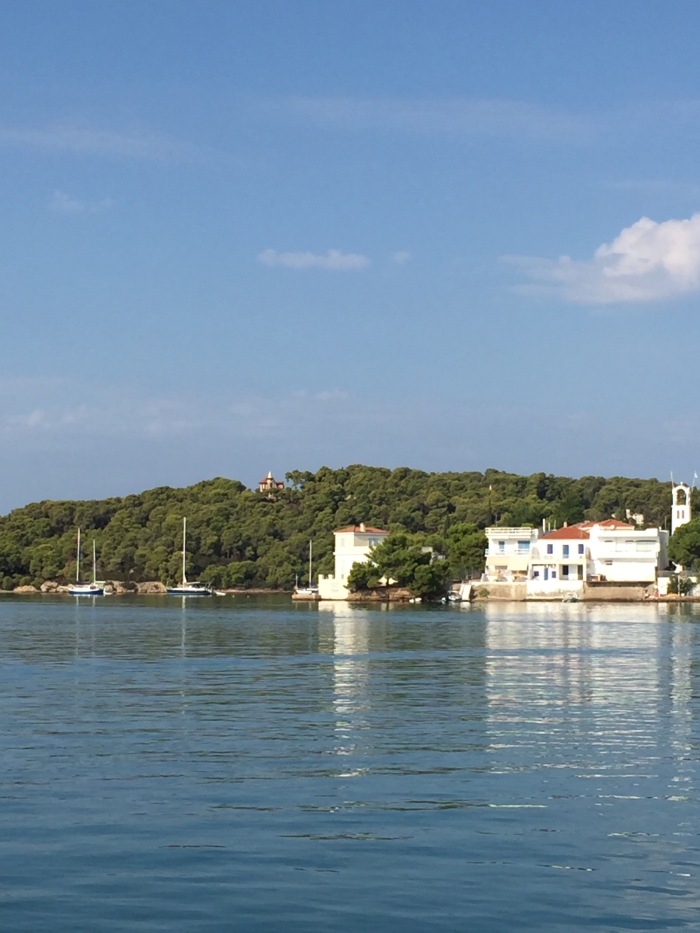 Once again we set sail, this time for a little bay call Dhokas where we anchored, had lunch, and then with flippers and snorkels we went off to explore the coral reef and and different species of fish that we would find. Although setting off to snorkel wasn’t so easy for me as a complete novice…. Wearing flippers extends your feet massively and with my little size 3 feet, I knew what it was finally like to have such big feet, very difficult to manoeuvre and you really do walk funny when wearing flippers. Swimming with flippers is also a different sensation to normal swimming and is definitely more elegant (once you get used to them). They also help you float as well so trying to stay on the waters surface is easy. We spent ages snorkelling around the Dhokas shoreline seeing loads of different fish, urchins and star fish thanks to Dave lifting up rocks no end on the sea bed. With tiring legs we headed back to our boat which was by now quite far from where we originally started snorkelling. We then moved onto Porto Heli which took a few hours sailing, and definitely good practice sailing the boat with different winds and waves. Arriving in the evening we swam again and ate dinner on mainland before heading to bed on the boat. 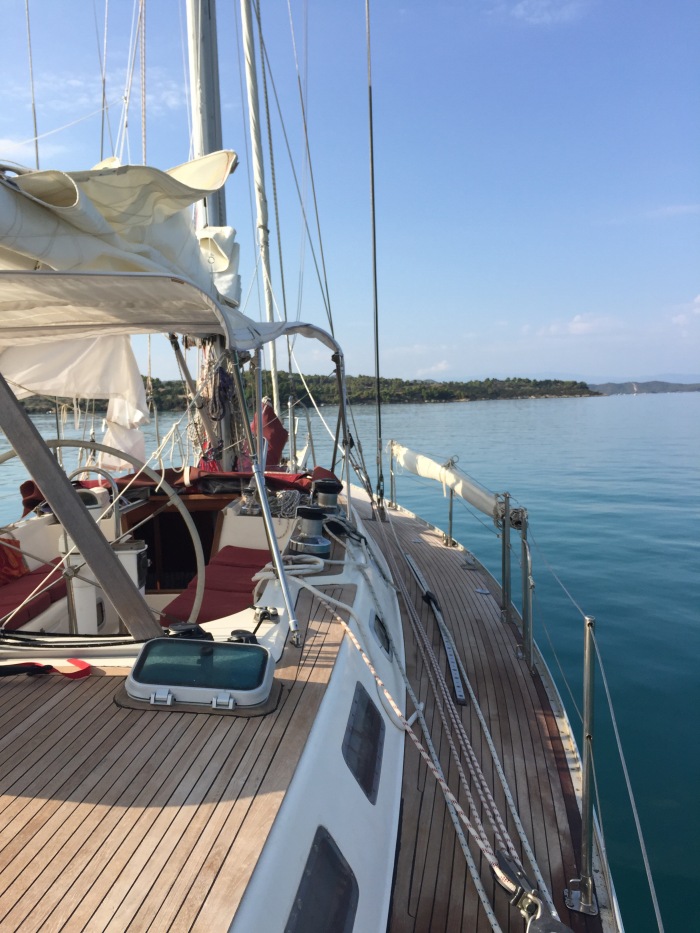 Waking up the following morning, i realised i was now 30…a big milestone for me and especially when you are younger and think that 30 is old, even though it isn’t remotely ! Cards and presents opened we sailed to a small, remote, pebble beach, where the water was so clear we couldn’t hesitate to jump right in! We spent some time swimming until it was lunch. Cathleen had cooked me the yummiest birthday lunch with tuna and leek quiche, spinach and feta filo pie, Caesar salad, and to top it all off as well Cathleen and Len had also bought me the most amazing chocolate mousse cake covered in chocolate ganache, it was such a kind a generous thing to do, and it made the day! 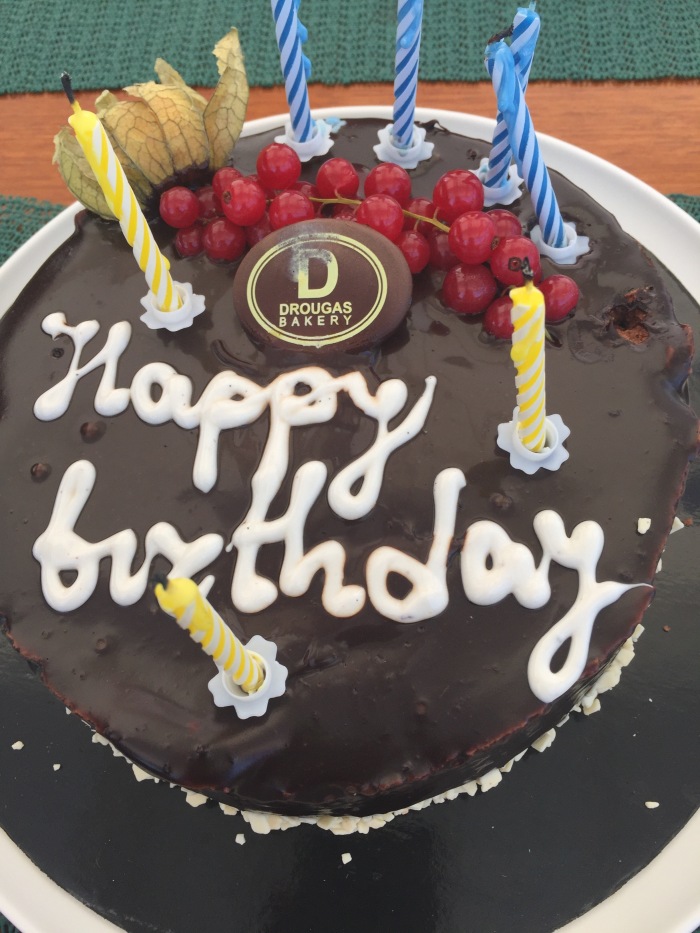 We then made our way to a gorgeous little bay with the ruins of Zakras! The entrance to the bay was grand and dramatic, from the sea there just seemed to be rocky hills, but as we turned around the headland, we saw the cutest array of blue and white houses. A quiet little bay sheltered from the heavy winds, a safe spot for the night. Walking through the the tiny village road we made our way up into the Zakras ruins and it was absolutely breathtaking!! The view of the ruins with the backdrop of the mountains was definitely a sight to see!! 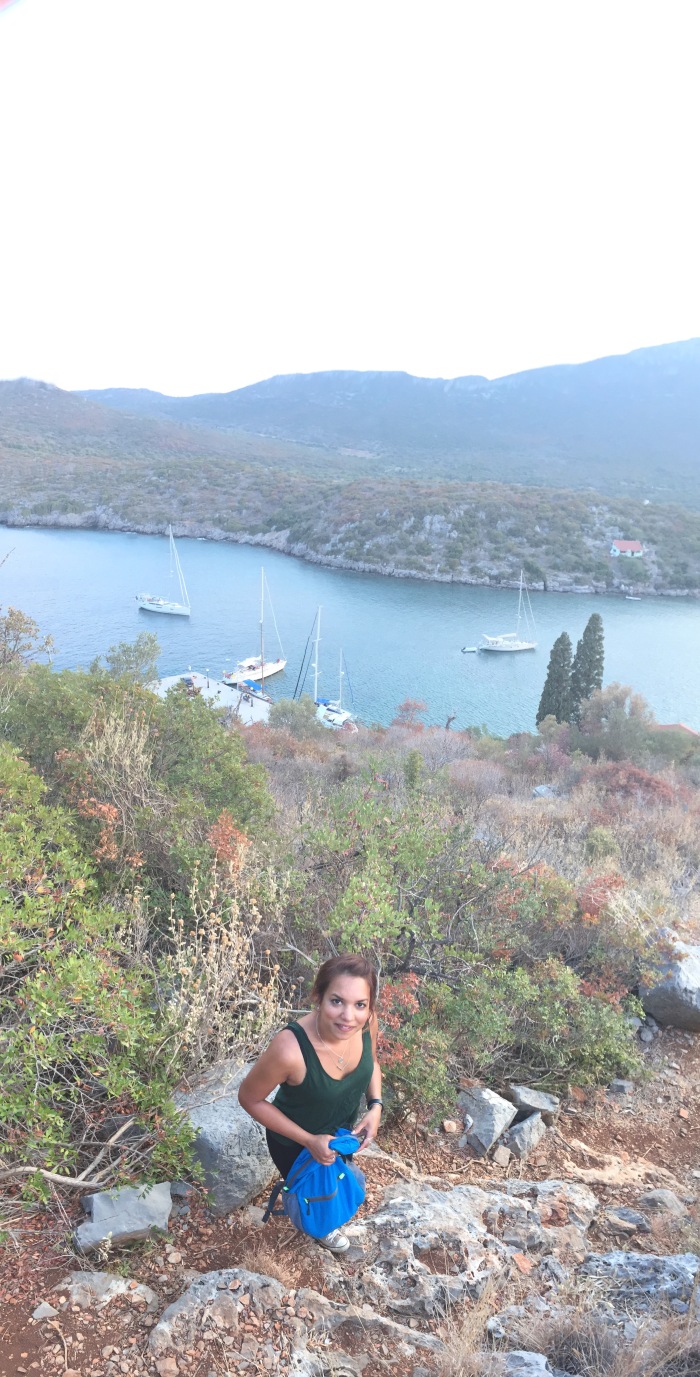 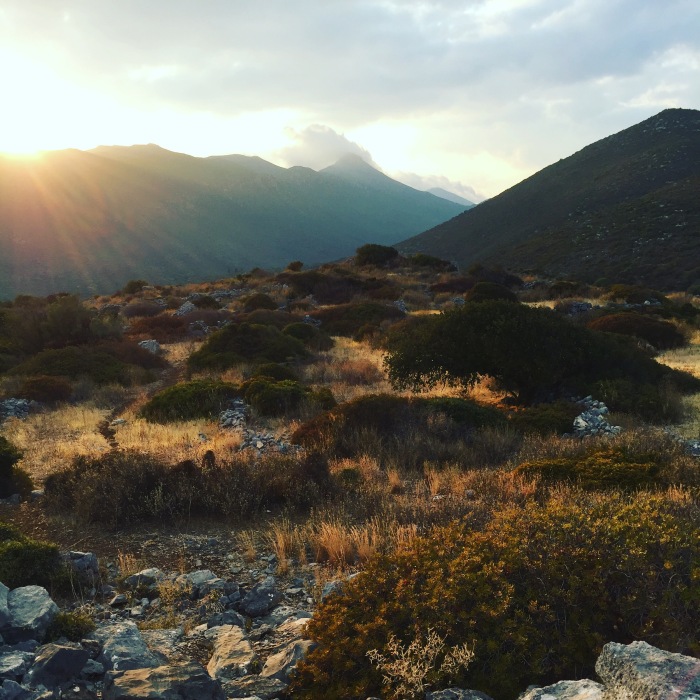 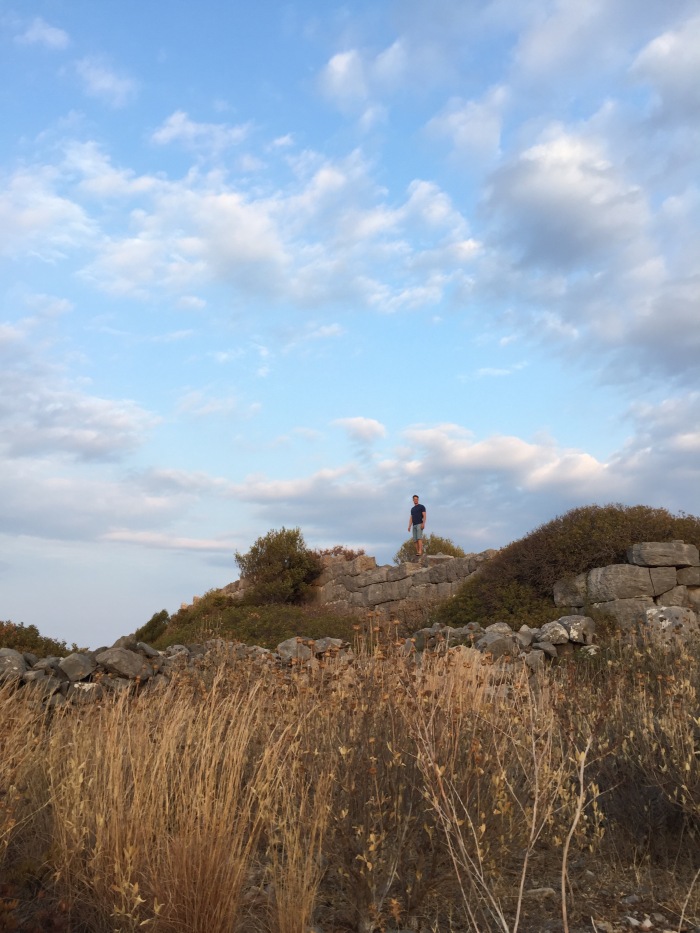 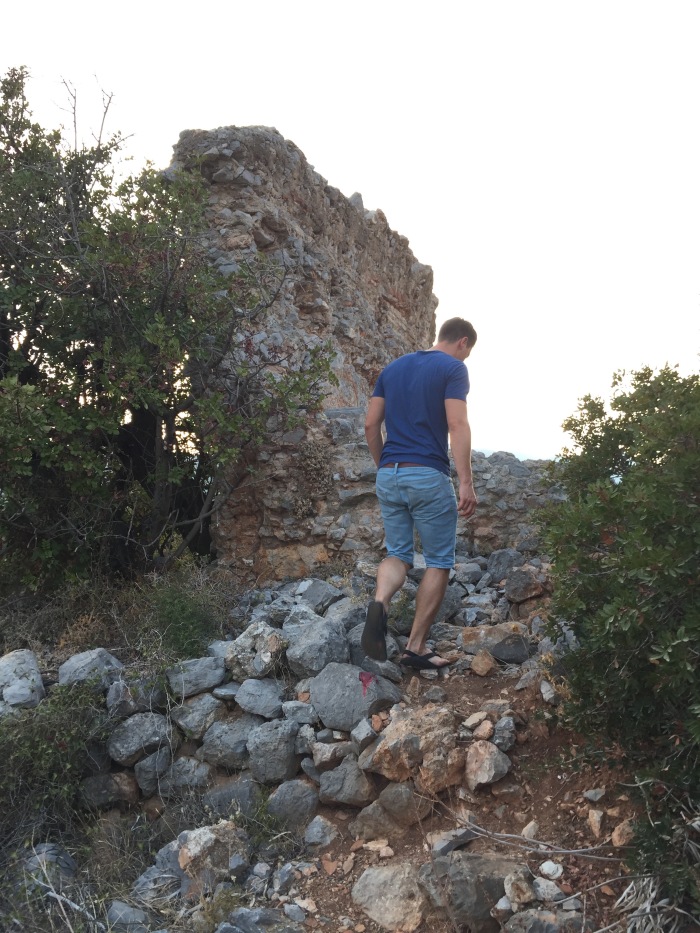 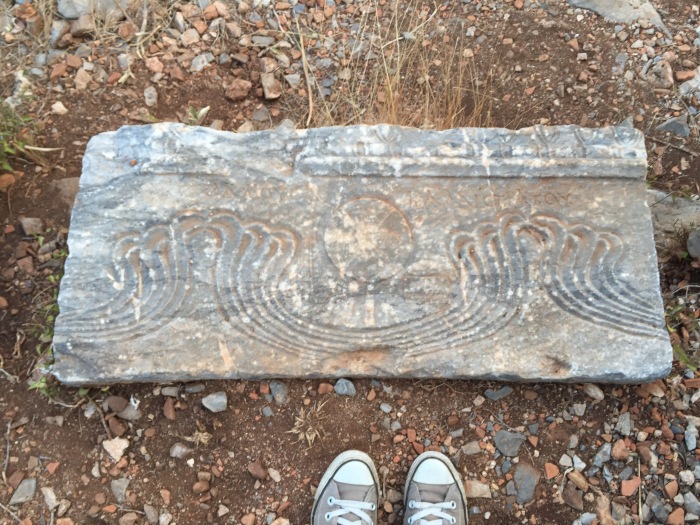 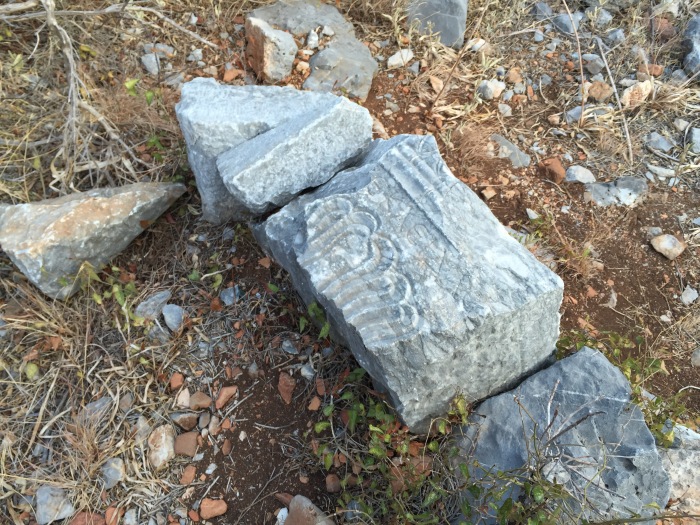 An amazing 30th birthday and one that I definitely won’t be forgetting! So so lucky.

One thought on “The sailing continues…”